Mission: To offer peace-of-mind to the consumer and their family by solving real-world problems for the automotive industry

IGEN Networks Corporation and its operating subsidiaries create software services for the consumer automotive and asset management industries. The company works with wireless carriers and specialized IoT hardware suppliers to create solutions for their customers to better manage and protect their automotive and commercial assets.

Technology Leadership over 35 years in more than 45 countries 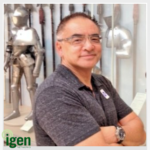 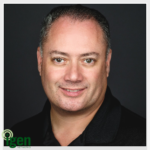 Mr. Chan is a career technologist who has pioneered the early adoption of disruptive technologies in more than 45 countries over the last 30 years. From start-up to $400M in annual revenues, Mr Chan has led and created the best-in-class sales, marketing, and service organizations during the development of wireless data infrastructure, mobile content, Software-as-a-Service for commercial fleets, and HFC broadband infrastructure. Mr Chan led the first technology transfer initiative between Canada and Mainland China on behalf of Spar Aerospace and Gandalf Technologies Inc., during the mid-1980s along with training, product marketing and sales responsibilities for growing Gandalf’s export markets; shortly after Mr Chan was recruited to Motorola Inc., to lead the product marketing of the industry’s first mobile data solutions for public safety, taxi, utility, and field service markets. Mr Chan led Motorola’s initiative to expand into public data networks throughout the Asia Pacific region during the 1990s and subsequently was promoted to Managing Director to lead the expansion of HFC data and voice broadband networks throughout the region. In the spring of 2000, Mr Chan joined Airvana Inc., to lead business development for the early adoption of CDMA-based broadband wireless networks which today continue to serve millions of users throughout North America and Latin America. Most recently, Mr Chan led worldwide sales and marketing of fleet management services for WebTech Wireless Inc., which contributed five years of record growth and industry leadership across government and transportation markets. Mr Chan has served on the Executive Review Board of Royal Roads University and continues to mentor and support early stage technology companies.

Mr. Wells is presently the President and CEO of Positioning Universal. During his 25 years of experience in the wireless industry, he has pioneered the development and marketing of wireless products, semiconductor technology, and leading edge wireless services. Mr. Wells co-founded DriveOK, which merged with Procon and eventually became Spireon where he led the company during its exceptional growth period in becoming the industry leader of GPS vehicle tracking technologies. Prior to Procon, Mr. Wells was the co-founder and CEO of Zucotto Wireless, where he raised $60M in venture capital to develop wireless semiconductor technologies and secured customers that included Panasonic, Nokia, and Alcatel. Mr. Wells has also held marketing roles with Nokia Mobile Phones and served as Vice President, General Manager at DSP Communications where he managed the $10B revenue mobile phone products division. DSP Communications was eventually sold to Intel for $1.6B. Most recently, Mr. Wells has co-founded and mentored several dozen early-stage technology companies and served as a consultant to Fortune 500 companies.

ROBERT NEALON, CHAIRMAN OF THE BOARD

Mr. Nealon is the Principal Attorney in Nealon & Associates, P.C., and a Washington, D.C. based law and government relations firm. He has been practicing law for twenty-seven years and has achieved an AV rating from Martindale-Hubbell, the leading rating bureau for the legal profession. Mr. Nealon has a B.A. from University of Rochester (1977) and M.B.A. from Rochester Institute of Technology (1978). He received his Juris Doctorate, magna cum laude, from the University of Bridgeport in 1982 and his Masters of Law in Taxation (L.L.M.) degree from Georgetown University in 1984. He is a member of the bar associations of New York State and Virginia, the American Bar Association and the Federal Bar Association. Mr. Nealon served as Adjunct Instructor of Corporate Law, George Washington University from 1985 until 2005. Mr. Nealon has been lead counsel on hundreds of commercial trials, including multi-million dollar derivative action lawsuits, security fraud and government contract fraud. He has been counsel to hundreds of corporations, including insurance affinity marketing, manufacturing and multiple financial institutions. Mr. Nealon has been active over the years in national politics and government relations.

Mr. Nealon was appointed to the Virginia Small Business Advisory Board by former Virginia Governor Warner and was reappointed to this state board by Governor Kaine through 2010 as its Chairman. Mr. Nealon is also a current appointee to the George Mason University Advisory Board for the Institute for Conflict Analysis and Resolution in Arlington, Virginia. He currently sits on the Board of the Virginia Chamber of Commerce Small Business Committee and is a Director of the Alexandria Small Business Development Corporation. He is also an active member of the U.S. Chamber of Commerce and the Democratic National Club.

Mr. Robert Friedman is the founder of York Resources, LLC., where he actively participates in the acquisition, financing, and development of real estate holdings, in addition to practicing transactional real estate law for private clients.  Robert and his brother Bernard own 34 properties, most of which are located in Manhattan and which consist of about 120,000 square feet of retail and office space, over 300 parking spaces, rental apartments units, and luxury single-family homes.  Most recently, the Friedman’s have developed, built and presently own a 28-story Pod Hotel located at 42nd Street and Ninth Avenue consisting of 665 hotel rooms, 45 residential apartment and retail spaces.  In addition, the Friedman’s are currently developing a national family amusement them park anchored by the world’s largest rollercoaster to be located in Orlando, Florida.